<![CDATA[ <div> The unnamed husband is now suing her parents for recovery of the £10,750 dowry he paid to secure marriage to his child bride.

Newspaper reports in the conservative Islamic state said the girl had managed to secure herself in the marital bedroom before escaping two days later to her parents’ home. 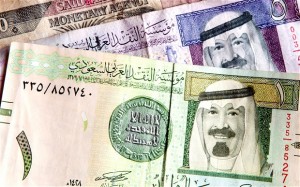 The groom told Al-Hayat newspaper that he suspected the groom and her parents had set out to swindle him of the 65,000 Saudi Riyals dowry.
“I feel that there is a conspiracy by her mother against me,” he said. “I will go to court tomorrow and demand that her parents give me back my money.”
However campaigners in Saudi Arabia have called on the authorities to intervene to ensure the girl in Jizan, a southern town near the border with Yemen, is not returned to the man.
“Concerned authorities must intervene immediately to save this girl from disaster,” said Suhaila Zain al-Abdin of the National Society for Human Rights. Saudi Arabia has no minimum legal age for marriage but its government has said it was working on introducing a legal watershed for the “safety of young girls”. Abdullah Bin Saleh Al-Hadeithi, a member of the Shura Council or Saudi Arabia’s legislative body, said that the ministry of justice had signalled its intention to bring forward the regulations. Ali Abdul Rahman al-Roumi, a university researcher, reported last year that in excess of 5,000 girls below the age of 14 were married off each year in Saudi Arabia. For most parents involved in the trades, the practice is seen as a financial transaction. (The Telegraph)
]]>