<![CDATA[The politician knew something was amiss when a suspicious white van pulled alongside him at a Colombo park and four men got out, pretending to exercise. Ravindra Udayashanta alerted his supporters, and police. Soon, the gunbattle began. In Sri Lanka, anyone who has crossed someone of importance is wary of white vans, said to be the vehicles of choice for shadowy squads who "disappear" opponents of powerful people. So, Udayashanta's armed supporters immediately went into action. <a href="http://www.eelamenews.com/?attachment_id=101725" rel="attachment wp-att-101725"> 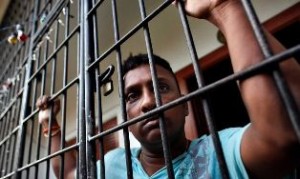 “I heard the crack of a gun and I too pulled out my pistol and fired back,” said Udayashanta, who had been involved in a long-running dispute with another ruling party lawmaker over a business deal. Udayashanta’s brother already had disappeared â€” dragged away one month earlier, he says, by men in a white van. But things went differently on this March day. Udayashanta and his entourage surrounded the men from the white van and captured them. Eventually, at gunpoint, the men acknowledged who they were: Sri Lankan government soldiers. In a country where people had hoped the 2009 end of its bloody, long-running civil war would mean a return to normalcy â€” a country with a history of forced disappearances that stretches back to the 1970s â€” the open secret of the white vans has come to exemplify the terror felt by anyone who runs afoul of Sri Lanka’s rulers For years, little solid evidence had surfaced on the abductors. Then came the cases of Udayashanta and that of another man in recent monthsâ€” an Australia-based activist who says he was freed from abduction only under Australian pressure â€” who survived to tell their stories. In Udayashanta’s case, police confirmed that the men in the white van were government soldiers.