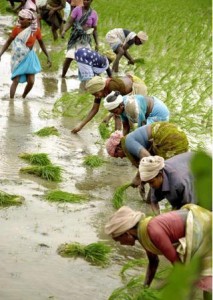 Nearly 400,000 Sri Lankans, between the ages 15 and 70, in the North-Central and Uva Provinces are confirmed as suffering from Chronic Kidney Disease of uncertain aetiology (CKDu) while, 20,000 to 22,000 deaths have been reported over the past 20 years in the Anuradhapura District alone.

A study carried out by the World Health Organization (WHO) has confirmed that 15% of the population in these two provinces are affected, while the disease has been identified as increasing in three other provinces. According to the report, the North Western, Eastern and Southern Provinces are the other three provinces at high risk.

Publicizing the report, which was issued by the WHO and, which was allegedly hidden in the Health Ministry, a team of researchers who found arsenic in crops, charged that due to inefficiency of the authorities the plight of the people in these affected areas has gone from bad to worse.

â€œMen over the age of 40 years, who are engaged in farming for more than 10 years, are at a higher risk of developing this disease. In addition, exposure to agro chemicals also increases the risk of developing CKDu. The majority of men and women suffering from this disease excrete raised levels of arsenic and/cadmium in the urine. This indicates consumption of arsenic and cadmium in either water or food. Studies done so far on drinking water samples from Anuradhapura, Polonnaruwa and Badulla show that cadmium and lead levels are within normal limits. A few water samples showed slightly high arsenic levels and are being reanalysed,â€ the report said.

The report had recommended developing a regulatory framework to improve the quality control of imported fertilizer particularly with regard to nephrotoxic agents such as cadmium and arsenic.

It was also recommended the authorities take measures to reduce the exposure of farmers to harmful health effects.