<![CDATA[Algerian helicopters have attacked a group of Mali Islamists militants held up in a Saharan gas facility, reportedly killing 34 hostages and 15 of their captors. The army moved in after up to 50 captives, including dozens of foreigners, escaped. <!--RTEditor:genereated--> 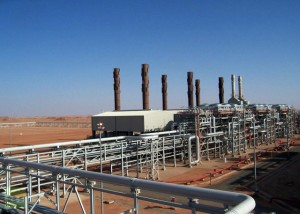