Under attack from all political parties, including ruling UPA key ally DMK, the Indian Centre on Friday decided to “send off” the Sri Lankan airmen from the IAF station at Tambaram where they were undergoing training. 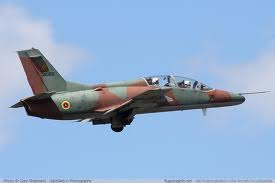 “All Sri Lankan trainees are being sent off today from this Station as per instruction of the Ministry of Defence,” a brief Defence Ministry statement said, a day after all political parties strongly protested training to nine Sri Lankan airmen here.

The training of the Lankan personnel by India came in the line of fire from political parties with Chief Minister Jayalalithaa describing it as an “insult to Tamil people” and others including her bitter rival, DMK, also joining in the chorus.

“At a time when there are voices demanding equal status for Tamils in Sri Lanka, reports about Sri Lankan Air force personnel receiving training at the Tambaram Air force station near here has come as a shock to the Tamil people. I strongly condemn this,” Ms. Jayalalithaa had said in a strongly-worded statement on Thursday.

DMK president M Karunanidhi and MDMK founder Vaiko said it was “condemnable” and demanded that they be sent back.