<![CDATA[A THIRD round of Army redundancies is to be announced under plans by the Government to reduce Armed Forces numbers. The Ministry of Defence (MoD) is expected to give details of around 5000 job losses as part of cuts aimed at reducing Army numbers from 102,000 to 82,000 by 2017. <a href="http://www.eelamenews.com/?attachment_id=108752" rel="attachment wp-att-108752"> 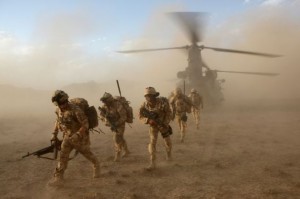 The BBC said there could be a higher proportion of compulsory redundancies than in the first two rounds of cuts. The Government has already announced that reservist numbers are to be doubled to 30,000 to help fill the gap. An MoD spokesman said a written ministerial statement would be made later today. Defence Secretary Philip Hammond warned last May that entire infantry and armoured units will face the axe as a result of the Government’s programme of cuts to the armed forces. The reduction in Army numbers were set out in the Strategic Defence and Security Review (SDSR) published in 2010. The announcement on job cuts comes after former Liberal Democrat leader Sir Menzies Campbell questioned whether Britain’s defence and intelligence agencies had enough resources to meet Prime Minister David Cameron’s goals of tackling the terrorist network responsible for the Algerian massacre. Mr Cameron said: “Of course, there are always challenges about the level of resources, even in times when money is plentiful, and it isn’t plentiful today. “If you look at the defence and security budget, it is actually in cash terms stable at £33 billion and what we have tried to do as a Government, and perhaps we need to look again and go even further, is to focus on those threats to our security we face today.” The latest, third round of job losses will be the biggest so far. The first tranche in September 2011 saw 2,860 forces personnel made redundant, the second in June 2012 involved 3,760.

In both previous rounds a large majority had applied for selection.

In a written statement, Defence Minister Mark Francois said: “Today the Army are announcing the fields from which they will select personnel to be made redundant in the third tranche of the programme; this will comprise up to 5,300 Army personnel.

“There is likely to be a need for a further tranche for Army personnel and medical and dental personnel from the RN (Royal Navy) and RAF in due course.”

Despite reports that those preparing for service in Afghanistan may not be exempt in the latest tranche, Mr Francois confirmed that such personnel would again not be made compulsorily redundant.

“The redundancy programme will not impact adversely on current operations in Afghanistan, and no-one who is serving on specified operations on the day the redundancy notices are issued on June 18 2013 will be made redundant unless they are applicants,” he said.

“Similarly, those preparing for, or recovering from such operations on the day the redundancy notices are issued will not be made redundant unless they have applied.”