<![CDATA[Neil Armstrong, the first man to walk on the moon, has died at the age of 82. He died from complications from heart-bypass surgery he underwent 3 weeks ago. <!--RTEditor:genereated-->Armstrong’s family said he had passed away on Saturday from complications stemmingÂ  from a recent cardiac bypass. The statement did not mention where he was at the time of his death. Armstrong, who turned 82 on August 5,Â  underwent surgery two days later to help clear blocked coronary arteries. Following the operation, his wife had said he was doing well. As commander of the Apollo 11 mission, Armstrong was the first human being to set foot on the moon on July 20, 1969. After landing the module Eagle on the surface of the moon, Armstrong descended the stairs and said: “That’s one small step for a man, one giant leap for mankind.” He and fellow astronaut Edwin “Buzz” Aldrin walked on the moon for two and a half hours. Following the death of Yuri Gagarin in 1968, Armstrong and Aldrin left one of the Russian cosmonautâ€™s medals on the moon to pay tribute to his accomplishment as the worldâ€™s first man in space. The moonwalk was a turning point for the United States in the often heated Cold War era space race, which kicked off in October 1957 when the Soviet Union launched Sputnik 1 â€“ historyâ€™s first artificial satellite â€“ into the earthâ€™s orbit. 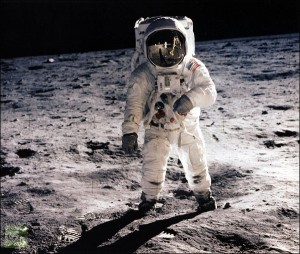 Armstrong was ultiamtely awarded the Presidential Medal of Freedom to honor his accomplishments and contribution to the space program. He mostly kept a low profile following his famous moonwalk, however, though he testified in front of Congress last September to discuss NASA’s future. Armstrong, who had flown combat missions during the Vietnam war, was also a test pilot for the US aeronautics agency ; NASA’s precursor. After leaving the space agency, he taught at the University ofÂ  Cincinnati in his home state of Ohio. Armstrong and his wife Carol, married in 1999. This past November, Armstrong, along with three other astronauts, received theÂ Â  Congressional Gold Medal â€“ the highest US civilian award. (RT News)]]>