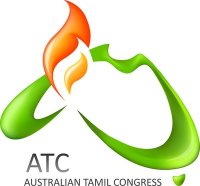 The Australian Tamil Congress is shocked by remarks made by the Coalition that all asylum seekers from Sri Lanka would be automatically returned without due process. Such an act would not only be unlawful and in breach of Australiaâ€™s obligations under international law, but also gravely unethical. â€œThe Australian Tamil Congress believes all claims of asylum should be assessed on a case-by-case basis,â€ said Mr. Bala Vigneswaran from the Australian Tamil Congress. â€œFrom our experience having worked with a large number of Tamil refugees we know for certain of the continuing persecution of Tamils, human rights activists and media workers in Sri Lanka, and the continuing effects of torture and trauma experienced by refugees currently in Australia. Such a generalised statement from responsible political parties only dilutes and over simplifies this very real problem,â€ he added. These statements coincide with the visit to Australia of a group of Sri Lankan journalists of both Tamil and Sinhala backgrounds, to participate in the screening this week of their documentary â€œSilenced Voices – Tales of Sri Lankan Journalists in Exileâ€. The documentary highlights the dangerous life of death threats, abductions and indefinite detention faced by media workers in Sri Lanka which hails itself as one of the most dangerous places in the world for media workers. Mr. Bashana Abeywardane, cordinator for Journalists for Democracy in Sri Lanka and Mr. Lokeesan Anputhurai, former correspondent from the war-zone for TamilNet are willing to be interviewed. Those wishing to attend the screening of the movie or interview the journalists may call 0433 428 967. RELEASE on 3 September 2012 Media contact: Mr. Bala Vigneswaran, Australian Tamil Congress â€“ 0404 404 777]]>