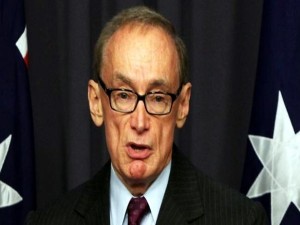 A delegation of Labor MPs in Australia have approached Australian Foreign Minister Bob Carr and urged him to take a tougher line on alleged human rights abuses in Sri Lanka, The Australian newspaper reported.

A spokesman for Senator Carr confirmed the approach.

The group urged a tougher line on Sri Lanka, amid concerns Canberra’s diplomacy towards Colombo is being influenced by the need for Sri Lanka’s cooperation in cracking down on the asylum trade.

The decision to allow Colombo to host the November Commonwealth Heads of Government Meeting has drawn outrage from human rights groups and the Tamil community, who accuse the Sri Lankan government of committing war crimes in 2009 in the final phases of the civil war with terror group the Liberation Tigers of Tamil Elam.

A UN report into the war found there “credible allegations” Sri Lanka committed human rights abuses during the conflict. The Sri Lankan government has denied all such charges.

Other countries, such as Canada, have been strident in their criticism of the government of Mahinda Rajapaksa, which has been accused of stifling dissent and consolidating power within the ruling family.

Canada has threatened to boycott the November summit unless progress is made in investigating alleged human rights abuses.

Senator Carr told the delegation that the issue of human rights abuses in Sri Lanka was best addressed through cooperation and dialogue.

“Which is fine, but that’s not what we said with the Fijians when they had their coup,” one MP said. “A lot of Labor MPs are very concerned about this.”

Last year saw a surge in asylum boats leaving from Sri Lanka. Australian intelligence reports have linked senior members of the Rajapaksa government to the smuggling trade and there is a view in government that Colombo could turn the tap on at any time, hence Australia’s accommodating stance on CHOGM.

The Sri Lankan government has denied any connection to the smuggling trade.

Other Labor MPs played down any suggestion Australia’s relationship with Sri Lanka was being overly influenced by the boats issue. “This is not an issue that’s resonating in the caucus or the community,” an MP said.