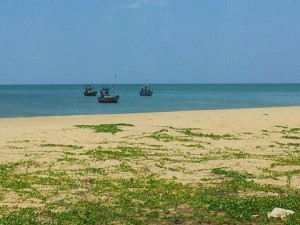 The High Court has ruled an asylum seeker deemed a security risk can still be granted a refugee visa.

In a decision on Friday, a majority of High Court judges overturned a regulation which specifies that an asylum seeker deemed a security risk by the Australian Security Intelligence Organisation (ASIO) canâ€™t be granted a protection visa.

The decision has important implications for a group of about 50 people, mostly Sri Lankans, given adverse ASIO security assessments and who are in indefinite detention in Australia.

Because they have been deemed security risks, they canâ€™t be sent back to their home country and neither can they go to any third country.

In overturning the regulation made under the Migration Act, the judges held that the decision to refuse to grant a protection visa to the Sri Lankan man, identified only as M47, was illegal.

M47, a former member of the Liberation Tigers of Tamil Eelam, arrived in Australian in December 2009 and has been in immigration detention since then.

He applied for a protection visa in June 2010 with immigration officials finding he had a well-founded fear of persecution in Sri Lanka and was therefore a refugee.

But a protection visa was refused after ASIO assessed him as a security risk.

His lawyers challenged both the refusal to grant a protection visa and his ongoing detention, arguing he was denied procedural fairness.

The High Court found he was not denied procedural fairness with regard to the ASIO assessment as he was given the opportunity to address concerns raised by ASIO.

But the judges also held that migration regulations could not validly prescribe public interest as a condition for the grant of a protection visa, as that was inconsistent with the Migration Act.

That meant the refusal to grant a visa was not made according to law.

However his continued detention for the purpose of determining his application for a protection visa was valid, the judges said. (AAP)