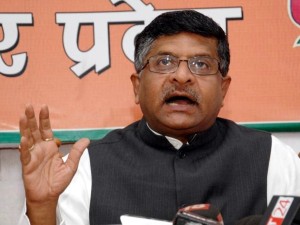 A three-member Bharatiya Janata Party (BJP) delegation, led by Ravi Shankar Prasad, deputy leader of the party in the Rajya Sabha and former union minister, will be on a five-day visit to Sri Lanka from June 4, The New India Express reported.

Indian High Commission officials, however, said that while a visit by a BJP delegation in early June was on the cards, there was no official word from New Delhi either as regards the composition of the team or the dates of the visit.

Local sources told Express, that the visit was being jointly organised by Ram Madhav, associated with the RSS as well as the New Delhi-based India Foundation along with the Bandaranaike Centre for International Studies in Colombo.

The delegates would meet Sri Lankan President Mahinda Rajapaksa and Defence Secretary Gotabaya Rajapaksa among other Lankan personalities. They would also visit the Tamil-speaking Northern Province. However, MPs from the Tamil National Alliance, which has a strong presence in North Lanka, said they had not been informed about the visit.