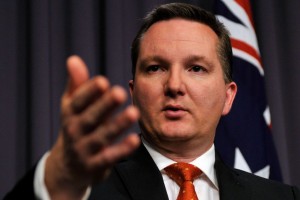 Returning people to Sri Lanka is reducing the number of asylum seekers from the Asian nation arriving by boat in Australia, Immigration Minister Chris Bowen says. â€œWe have returned around 700 people involuntarily to Sri Lanka, and we have seen the number of people coming from Sri Lanka fall to a trickle,â€ Mr Bowen told Sky News on Wednesday. The federal government began returning Sri Lankans last August as part of its suite of measures to stem boat arrivals to Australia. â€œWe took the tough decision to return people to Sri Lanka when theyâ€™re not refugees,â€ Mr Bowen said. Mr Bowen said three Sri Lankans had come to Australia by boat this January. So far more than 400 people have arrived by boat this month, with most from Afghanistan, Iran and some from Iraq, the minister said. This was down from 1000 in December and 2000 a month in the months before December, he said. Mr Bowen said the number of arrivals was typically lower in January due to the weather, but other factors such as the returns to Sri Lanka, and uncertainty about the time asylum seekers would spend on Papua New Guineaâ€™s Manus Island and Nauru were having an impact. The coalition has criticised the government about the surge in the number of boats arriving in Australia over recent years but Mr Bowen said the oppositionâ€™s policies would fail to halt the boat arrivals. â€œWhen (opposition leader) Tony Abbott gets up and says `I will stop the boatsâ€™, well he doesnâ€™t have any policy to back it up,â€ Mr Bowen said. He said the government had reopened the offshore processing detention centres on Nauru and Papua New Guineaâ€™s Manus Island previously used by the Howard coalition government. â€œHis other big policy is to turn back the boats,â€ Mr Bowen said. But the minister said Indonesia was unlikely to allow a coalition government to implement that policy. Former Indonesian vice-president Jusuf Kalla on Wednesday criticised key elements of the Australian oppositionâ€™s border protection policies, including Tony Abbottâ€™s plan to turn back asylum-seeker boats. In 2001, the Howard government successfully turned back four boats to Indonesia.]]>