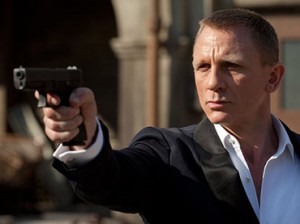 Sam Mendes’ latest James Bond installment, featuring Daniel Craig as 007 for the third time, hit the milestone on Sunday, The Hollywood Reporter says. So far Skyfall has grossed over $289 million inside the US and more than $710 million internationally, becoming Sony’s box-office record-setter. Skyfall and just two more films have managed to hit $1 billion mark in 2012. The Avengers blockbuster and Christopher Nolan’s The Dark Knight Rises jumped over the barrier, earning $1.51 billion and $1.08 billion, respectively. Skyfall is expected to earn still more, as it has its release in China ahead. The film will hit Chinese silver screens in the beginning of 2013. (RT News).]]>