<![CDATA[An 81-year-old Brisbane doctor, deported from Singapore last week, has  questioned whether the Australian government played a part in his forced removal  from the nation. The Department of Foreign Affairs and Trade yesterday said it had no  involvement in human rights activist Brian Senewiratne being deported on  December 14. Dr Senewiratne was on the way to speak at two private functions in support of  Sri Lankan refugees when he was deported from Singapore Airport. After being given a general notice by a police officer which said he breached  "current immigration policies", Dr Senewiratne questioned why he was deported  from Singapore. "I read it and said 'What are the current immigration policies?" he said. He said the Singapore police and immigration staff declined to answer the  question. Dr Senewiratne said he wanted to know what involvement the Australian  government had with the decision. "What contact did the Singapore authorities have with the Australian  government before they deported our Australian citizen?" he said. <a href="http://www.eelamenews.com/?attachment_id=107409" rel="attachment wp-att-107409"> 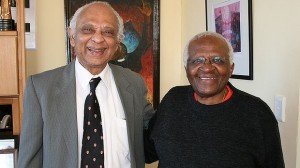 Dr Senewiratne provided no evidence to suggest the Australian government was  in any way involved. “The Department of Foreign Affairs and Trade had no prior knowledge of Dr  Senewiratne’s deportation,” a DFAT spokesman said. “Nor did we provide any information to either government that might have  contributed to his deportation.” Dr Senewiratne is the former senior physician at the Princess Alexandra  Hospital and a long-time supporter of the cause of Tamil refugees from Sri  Lanka. He said he has travelled through Singapore “about two dozen times”  before. Dr Senewiratne, born in Sri Lanka and educated in London before shifting to  Australia 37 years ago, has been a long-term critic of the existing Sri Lankan  government. In March, 2009, he was deported from Malaysia, where he was to deliver a  speech about what he described as the genocide of Sri Lankan Tamils, which he  had previously given in Toronto. Last week, Dr Senewiratne left Brisbane at 11.45pm on December 13 to arrive  in Singapore on his way to to two “closed door” private meetings in Johor Bahru  and Kuala Lumpur in Malaysia about asylum seekers. “I wasn’t going to going into the streets with a megaphone and ask that the  Sri Lankan embassy be demolished,” he said. “They were closed door meetings of invited guests only.” Dr Senewiratne says he intended to speak in Johor, drive to Kuala Lumpur to  speak again before flying out to Indonesia, where he worked as a consultant  doctor in villages. However, Dr Senewiratne was detained by immigration officials as soon as he  arrived in Singapore. “I was locked up in a 10 foot by 10 foot room with a locked door, with no  food, drink and most importantly, no toilet,” he said. “There was a door where you needed a coded key to get in.” At the time of Dr Senewiratne’s deportation, the Australian Government was  undertaking complex talks with Sri Lanka over dealing with asylum seekers. Foreign Affairs Minister Bob Carr and Australian government officials arrived  in Sri Lanka for three days of talks from December 16. The Department of Foreign Affairs said there was no link between the  events. www.brisbanetimes.com.au]]>