The hunger strike, which Mr Gobi Sivanthan started at the 22nd July 2012 in London Olympic village with the demand ‘Freedom for Tamils, Status for Tamileelam’, today reached its 10 days. 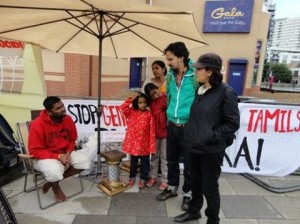 Representatives of The British based non-governmental organisations met with Sivanthan in Olympic village on Monday to listen to his demands and gave their solidarity to him, British sources said. 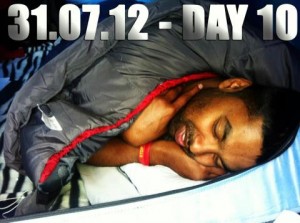 The most urgent demand of his hunger strike is the International Community force Sri Lanka to halt the genocidal land grabs intensifying in the Tamil homeland.