<![CDATA[Twelve months after Khuram Shaikh was murdered while on holiday at Tangalle in Sri Lanka, his relatives in Britain are still waiting to see his killers brought to justice. <a href="http://www.eelamenews.com/?attachment_id=107624" rel="attachment wp-att-107624"> 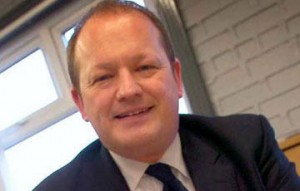 The family’s MP, Simon Danczuk, fears political interference may be responsible for the lack of progress, guardian.co.uk reports. He wants British prime minister David Cameron to consider boycotting the Commonwealth heads of government meeting in Sri Lanka next year in protest. “Despite assurances from the government that there would be a swift and straightforward trial, this is going nowhere and ministers and police are sitting on their hands,” he says. “David Cameron should think twice about attending this meeting while British nationals are being brutally murdered in Sri Lanka with local politicians implicated and their government is not even prepared to investigate properly,” said the MP. However, Neville de Silva, Sri Lanka’s acting high commissioner to the UK, has dismissed suggestions of government interference or deliberate delay. He has said he had been told by the attorney general’s department that “non-summary inquiries” are due to begin shortly. After that, he has said, the indictment for murder could be served in the high court. He has added: “Those who advocate adherence to the rule of law and proper legal procedures would appreciate that persons cannot be indicted on the basis of allegations made by others.” Khuram, a 32 year old ICRC worker was murdered on January 06 after getting involved in an altercation at a Tangalle hotel. Eight men, said to have been armed and drunk and including government politician Sampath Chandrapushpa, are accused of attacking him. Stabbed and shot, Khuram died, while a female colleague who was with him was assaulted and badly injured. The suspects were recently granted bail. The Foreign Office, which has been keeping the Shaikhs informed of developments on the island, is also urging action. It said in a statement: “The UK cannot interfere in Sri Lanka’s legal system, but we hope that a trial occurs without any undue delay to bring the perpetrators of this terrible crime to justice.]]>