In an unusually forthright interview on Israeli television, Matthew Gould said that an increasing number of Britons see Israel as “Goliath” and the Palestinians as “David” – a mirror image of the Jewish state’s narrative of itself.

“Support for Israel is starting to erode and that’s not about these people on the fringe who are shouting loudly and calling for boycotts and all the rest of it,” he told the Channel 10 television station.

“The centre ground, the majority, the British public may not be expert but they are not stupid and they see a stream of announcements about new building in settlements, they read stories about what’s going on the West Bank, they read about restrictions in Gaza.” 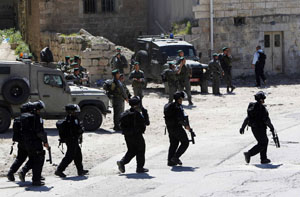 Mr Gould also said he had detected a shift in attitude against Israel among centrist MPs in Britain amid growing frustration with the lack of progress in the peace process.

Although his comments will irritate the Israeli right, which has always viewed Britain as pro-Palestinian, they have prompted a debate in the country, not least because Mr Gould is Jewish and is seen as a friend of Israel. Government officials said they had “taken note” of his message.

Israelis are well aware that international support for their country has dwindled, but many are convinced that the problem is one of image rather than substance. Frequent seminars are held to find ways of improving the perception of Israel abroad, something Israelis call “hasbara”.

But Mr Gould said that public relations campaigns to justify Israeli policies would not remedy the problem.

Although many older Britons remain bitter over Jewish terrorist attacks against British servicemen in mandate-era Palestine in the 1940s, the post-war generation warmed to Israel, admiring its perceived pluck during conflicts with the Arab world in the 1960s and 1970s that called into question the Jewish state’s survival.

But buoyed by vast sums of US aid, Israel is now the unquestioned military powerhouse in the Middle East, while the Palestinians seem no closer to achieving a state of their own years after the last suicide bombing in Israel. (The Telegraph).