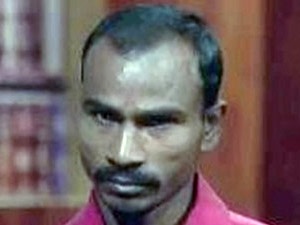 The driver of the bus in which a young Indian woman was gang-raped and fatally injured three months ago hanged himself in New Delhi’s Tihar jail on Monday, police said.

Ram Singh was the main accused of five men and a juvenile put on trial for the attack on the 23-year-old trainee physiotherapist in the Indian capital. The assault triggered nationwide protests and an intense debate about rampant crime against women in India.

A senior police official said Singh had committed suicide in his cell early on Monday. “It is true, he’s dead,” said the official, who spoke on condition of anonymity.

The CNN-IBN news channel said Singh hanged himself with his own clothes.

Tihar jail is India’s highest security prison and officials there are likely to face tough questions about how such an incident could have occurred.

“He knew he was going to die anyway because we had and still have such a strong case against him,” the physiotherapist’s 20-year-old brother told Reuters.

“I’m not very thrilled with the news that he killed himself because I wanted him to be hanged … publicly. Him dying on his own terms seems unfair. But, oh well, one is down. Hopefully the rest will wait for their death sentence.”

The five men have pleaded not guilty to rape and murder.

Police allege the six attacked the woman and her male companion on the bus as the couple returned home after watching a movie on December 16. The woman was repeatedly raped and tortured with a metal bar. The couple were also severely beaten before being thrown onto a road.

The woman died of internal injuries in a Singapore hospital two weeks later.

Singh was a bus driver, despite an accident in 2009 that fractured his right arm so badly that doctors had to insert a rod to support it. He appeared on a reality television show in a compensation dispute with a bus owner, who in turn accused Singh of “drunken, negligent and rash driving”.

In the show, the moustachioed, slightly-built man was seen walking stiffly and holding his right arm at an awkward angle.

Singh’s neighbours in the south Delhi slum where he lived described him as a heavy drinker with a temper. One young woman said he used to get embroiled in violent rows and a relative recalled a physical altercation with her husband. (Reuters)