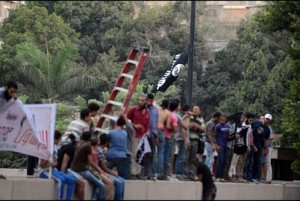 Canada has closed its embassies in Libya, Sudan and Egypt for the day on Sunday as a precaution over anti-Western protests in the region. The Canadian Embassy in Tunis is also closed, as it is usually on Sundays. Cairo’s Canadian outpost has been closed since Thursday due to the violence protests at the nearby American embassy, CBC News reported. The Canadian announcements to protect their diplomats come as the United States ordered all non-essential personnel in Tunisia and Sudan to leave the countries, and warned Americans against travel to the regions. “US citizens remaining in Tunisia should use extreme caution and avoid demonstrations [and] make their own contingency emergency plans,” the State Department said in a statement. Americans still in the country were encouraged to fly out on commercial airlines.]]>