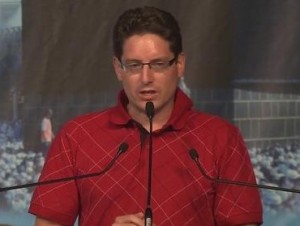 Another Canadian MP has raised concerns over the situation in Sri Lanka, particularly in Jaffna. Kyle Seeback, Member of Parliament for Brampton West, expresses serious concern over the continued detention of the Jaffna University students in Sri Lanka. “Freedom of speech, association, and independent judiciary are pillars of any democracy. The recent threat to these pillars of democracy in Sri Lanka is a serious concern to me and my constituents from Sri Lanka,” said MP Seeback. “Continuing arrest, harassment and intimidation of university students is unjustifiable. I urge the Sri Lankan authorities to exercise restraint, respect peaceful demonstrations and release the students from Jaffna University”. “The Prime Minister and I take every opportunity to raise Canada’s concerns with respect to the need for progress on reconciliation, accountability and respect for human rights in Sri Lanka”, Foreign Affairs Minister, John Baird said last month. “Canada calls on the Sri Lankan government to finally put the people of that country first”. MP Seeback extended his thoughts and prayers towards all those that have been affected by the latest events in Sri Lanka and encourage the international community to call on the Sri Lankan government to implement measures to ensure the protection of human rights, statement from the MP’s office said. Recently Patrick Brown, the Member of Parliament for Barrie in Canada, had expresses serious concerns over the recent threats to freedom of expression and freedom of assembly in Sri Lanka. “On November 28, the beating of a reporter in Jaffna, harassment by Government of Sri Lanka officials towards independent media outlets and searches of journalists without warrants all serve to stifle the freedom of the media,” he said in a statement.]]>