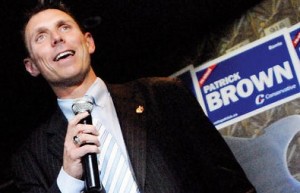 Patrick Brown, the Member of Parliament for Barrie in Canada, expresses serious concern over the recent threats to freedom of expression and freedom of assembly in Sri Lanka. “On November 28, the beating of a reporter in Jaffna, harassment by Government of Sri Lanka officials towards independent media outlets and searches of journalists without warrants all serve to stifle the freedom of the media,” he said in a statement. Brown is also greatly concerned over reports of attacks, continued harassment and detention of Jaffna University student leaders. He calls upon Sri Lankan authorities to exercise restraint, to respect peaceful demonstrations and to release the student leaders immediately. “I first became engaged with the plight of the people in this region back in 2009 when the Sureshkumar family of Barrie shared their Sri Lankan experiences with me. These recent reports of escalating human rights abuse in Sri Lanka are certainly raising the level of concern across the International Community”, said Patrick Brown, Member of Parliament for Barrie. “Militarization and authoritarian trends are not part of any real democracy,” he added. “We are deeply concerned about the lack of reconciliation and the authoritarian trend we’ve seen in many government actions in recent months,” Foreign Affairs Minister John Baird said last week. Brown also urges Sri Lanka to remove the military from the Tamil populated area and leave the administration to civilian officials. Also, he said it is time for the International community to play a meaningful role to bring a speedy resolution to the Tamil Grievances in Sri Lanka.]]>