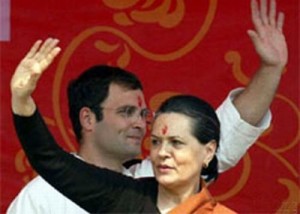 Succumbing to intense criticism from all quarters, the Gujarat unit of the Congress has withdrawn its advertisement on malnutrition that had used a flood affected Sri Lankan baby’s photo to ‘prove’ its allegations. Sources said that the controversial advertisement has been withdrawn from all the media like hoardings, internet, newspapers and other forms. Claiming that about 45 per cent children in Gujarat are malnourished, the Congress advertisement had shown a skinny child’s picture but it was soon revealed by internet savvy people that the baby was of Sri Lanka origin. Unfazed by the resultant controversy, the Congress spokesmen had said that the photo was only symbolic but the idea was to highlight the issue of malnutrition in Gujarat. (Daily Pioneer)]]>