China summoned an American diplomat to protest US criticism of its new military garrison in the South China Sea, accusing Washington of confounding right and wrong and trying to stir up trouble in the region. 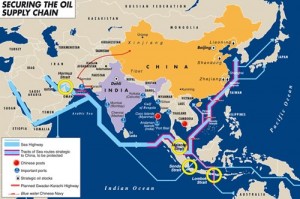 China created Sansha city on a remote island 350 kilometres from its southernmost province two weeks ago. Sansha is intended to administer hundreds of thousands of square miles (kilometers) of water where China wants to strengthen its control over potentially oil-rich islands that are also claimed by the Philippines, Vietnam and other Asian nations. The Philippines, a US treaty ally, has described China’s move as unacceptable. Vietnam called it a violation of international law.

The US State Department said Friday that China’s formal establishment of the city of Sansha and a military garrison there was risking an escalation in tensions. It voiced strong support for diplomatic efforts by Southeast Asian nations to negotiate with China over conflicting territorial claims.

Assistant Foreign Minister Zhang Kunsheng summoned the deputy chief of mission of the US Embassy in Beijing, Robert S. Wang, on Saturday to express China’s opposition to those comments.

In Beijing, Zhang told Wang: “The statement showed total disregard of facts, confounded right and wrong, and sent a seriously wrong message. It is not conducive to efforts by the parties concerned to uphold peace and stability in the South China Sea and the Asia-Pacific region at large.”

China established the city of Sansha on Yongxing Island in the southernmost province of Hainan. Sun Shaochi, vice-minister of civil affairs, announced the State Council’s approval of the establishment of the city at a ceremony. Luo Baoming, Party chief of Hainan province, said in a keynote speech that Sansha was established to administer the Xisha, Zhongsha and Nansha islands and their surrounding waters in the South China Sea.