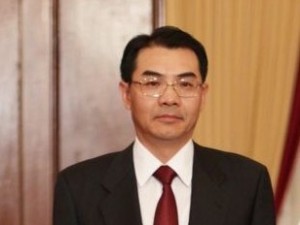 China has sought broader ties with Sri Lanka as both countries celebrate 55 years of diplomatic relations this year.

Speaking at a ceremony in Colombo today China’s Ambassador to Sri Lanka, Wu Jianghao, said that both China and Sri Lanka can work together in various fields.

He recalled the relationship between both countries which was initially enhanced by former Prime Minister Sirimavo Bandaranaike and has now been taken forward by Sri Lankan President Mahinda Rajapaksa.