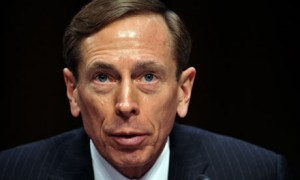 The head of the CIA David Petraeus resigned on Friday, saying that he had shown “extremely poor judgment” by having an extramarital affair.

The affair was discovered during an FBI investigation into a potential breach of security, it emerged. No criminal proceedings were being considered.

It is an embarrassing downfall for one of America’s most senior and respected generals, and one of the most high-profile members of the Obama administration.

Petraeus, who went to see Barack Obama on Thursday to offer his resignation, said in a letter published on Friday it had been for personal reasons.

“After being married for over 37 years, I showed extremely poor judgment by engaging in an extra-marital affair,” he said in the letter. “Such behaviour is unacceptable, both as a husband and as the leader of an organisation such as ours.”

He met his wife Holly when he was a cadet at West Point. Her father was the superintendent at West Point at the time. Mrs Petraeus is an official with the Consumer Financial Protection Bureau, working with the office of servicemember affairs, which looks after the financial interests of those serving in the military.

The identity of the woman with whom he had the affair has not been officially confirmed, but several media organisations, including the New York Times and NBC, named her as Paula Broadwell, whose biography of Petraeus, All In, was published this year. The Guardian has been unable to reach her for comment.

The deputy CIA director, Michael Morell, an Asia specialist, is to take over the running of the agency in the short term on the understanding that Obama will nominate him for the director position on a permanent basis. The nomination has to be formally approved by the Senate.

In his statement, addressed to colleagues, Petraeus said: “As I depart Langley, I want you to know that it has been the greatest of privileges to have served with you, the officers of our nation’s Silent Service, a workforce that is truly exceptional in every regard. Indeed, you did extraordinary work on a host of critical missions during my time as director, and I am deeply grateful to you for that.”

Obama issued a statement praising Petraeus for what it called “extraordinary service” to the US for decades.

“By any measure, he was one of the outstanding general officers of his generation, helping our military adapt to new challenges, and leading our men and women in uniform through a remarkable period of service in Iraq and Afghanistan, where he helped our nation put those wars on a path to a responsible end,” the president’s statement said.

“As director of the Central Intelligence Agency, he has continued to serve with characteristic intellectual rigor, dedication, and patriotism. By any measure, through his lifetime of service David Petraeus has made our country safer and stronger.”

Obama added: “My thoughts and prayers are with Dave and Holly Petraeus, who has done so much to help military families through her own work. I wish them the very best at this difficult time.”

James Clapper, the director of national intelligence, said in a statement: “Dave’s decision to step down represents the loss of one of our nation’s most respected public servants. From his long, illustrious Army career to his leadership at the helm of CIA, Dave has redefined what it means to serve and sacrifice for one’s country.”

After news of the resignation first broke, on NBC, it emerged that Petraeus would no longer have to testify before a congressional hearing next week on the Benghazi consulate attack. This prompted speculation that his departure was also connected to criticism of the CIA’s handling of the issue. But as the details of the FBI investigation and the possible security breach emerged on Friday night, this seemed unlikely.

Petraeus only took over the CIA post in September 2011 after what was regarded in Washington as a glittering military career. He was credited with crafting â€“ after listening to younger officers – the counter-insurgency strategy in Iraq that helped the US beat al-Qaida with the help of Sunnis.

Afghanistan was more difficult but again he was given credit in Washington for having done a good job given all the problems stacked against him.

He was frequently tipped in Washington circles as a potential Republican presidential candidate.

Senator John McCain, a champion of Petraeus down the years but now one of the leading critics of the administration’s handling of Benghazi, issued a statement praising the former CIA director.

“General David Petraeus will stand in the ranks of America’s greatest military heroes. His inspirational leadership and his genius were directly responsible â€“ after years of failure â€“ for the success of the surge in Iraq,” McCain said.

Petraeus belonged to a new generation of officers who like to describe themselves as scholar-warriors, having spent part of his career in academe.Â  He was different from them though in one important way, in that he was also extremely political, good at courting people in various administrations and in Congress.

He left West Point in 1974 and followed a conventional career. It was his time in academia that made him different and helped him to the top of the military. While taking time out, he wrote extensively about the US experience in Vietnam, developing an alternative counter-intelligence philosophy.

He caught the attention of senior figures during his command of northern Iraq in the early days of the 2003 and George W. Bush sent him back in 2007 with overall command of US and other international forces during the so-called surge. He then implemented the ‘hearts and minds’ policy he had developed during his Vietnam study, winning over Sunni tribal leaders to engage in operations against al-Qaida elements in what became known as the Sunni Awakening.

He returned to the US in 2008 to take over Central Command. When the senior commander in Afghanistan, General Stanley McChrystal, was forced to resign over comments reported in an article in Rolling Stone, Petraeus was called for again, this time by Obama. (The Guardian).