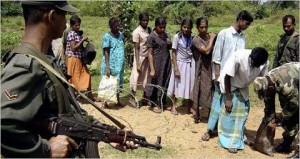 Before holding the elections in North the government should take immediate steps to complete the resettlement process, provide them with permanent residence and establish the National Police Service Commission and Public Service Commission, said the Tamil National Alliance (TNA) MP Mawei Senadhiraja.

He made these comments at TNA May Day rally in Karachi Pradeshiya Sabha grounds in Killinochchi.

He further stated that it is unfair to hold the North Provincial Elections in a situation where over 29,000 people in Valikaamam North in Jaffna lost their lands under the land appropriation by the armed forces.

The government is responsible for the allegations put forward at the Geneva Human Rights Commission against Sri Lanka, he said, and noted that the government should answer those allegations.