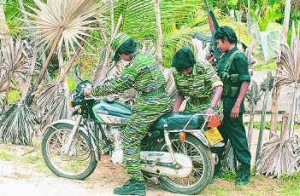 The Indian Supreme Court after considering the petition filed by Secretary of MDMK, Vaiko, has ordered the Central Indian government and the Tamil Nadu State government to give an explanation in two months on the reason for banning the Liberation Tigers organization.

The petition was taken up at the New Delhi Supreme Court by Acting Chief Justice Dharma Rao and Justice Aruna Jegadheesan.

The Tamil Liberations Tigers were banned in India in 1992 and the ban on the organization remains to date.

Vaiko has told the courthouse on Monday has said that there have not been any arrest of persons attached to the Liberation Tamil Tigers in India within the last four years and that the organization had also not been accused of any illegal activities during the period.

Vaiko has told the Supreme Court that the Central government should therefore lift the ban on the Liberation Tigers and that the court should issue an order nullifying the extension of the ban of the organization on November 7, 2012.Â

He has added that the Liberation Tigers did not pose any threat to India since the organizationâ€™s main intention was to create a Tamil eelam in the Tamil homeland in the North and East of Sri Lanka.

Vaiko appeared on behalf of himself when the petition was taken up for hearing.Â

He has added that there was nothing wrong in the Tamil Diaspora criticizing the Central government and that senior Indian leaders were also responsible for the genocide of Tamils in Sri Lanka.