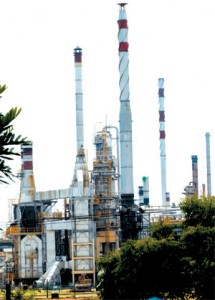 Ceylon Petroleum Corporation stated that the refinery at Sapugaskanda that was closed down on the 26th due to unavailability of crude oil would commence work from tomorrow. As such, the refinery did not function for 12 days.

According to CPC sources the loss to the Corporation (Sri Lanka) during the stoppage is estimated as Rs. 1000 million.