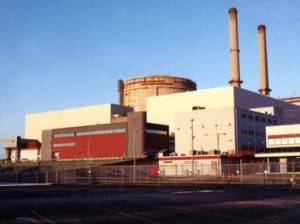 The US Nuclear Regulatory Commission has ordered engineers at a power plant in South Carolina to act urgently on cracks that have appeared in a reactor head there that could increase the likelihood of an atomic disaster.

The group that ensures safe and sound nuclear facilities across the US says they don’t believe the public needs to worry as of now about cracks discovered at the SCE&G plant in Jenkinsville, SC, but that could change if action isn’t taken immediately.

According to The South Carolina State newspaper, the SCE&G plant told the commission that they would make repairs in order to satisfy their concerns in an October 30 statement delivered to the NRC. Confirming this week, a spokeswoman for the atomic energy plant said that they have indeed begun fixing the cracks.

Those repairs, say the NRC, will be a good fix for the moment, but might not necessarily relieve them of future concerns.

“The situation … indicates to me that the best and safest fix is for the old, cracked vessel head to be taken out of service and replaced,” anti-nuclear activist Tom Clements tells The State.

“At some point in the not-too-distant future, it seems like the company will want to replace the head with one that is a little more resistant to this kind of cracking,” David Lochbaum of the Union of Concerned Scientists adds to the paper, a move that could set SCE&G back upwards of $60 million.

Only a few miles from the busy city of Columbia, though, the investment might be imperative to ensure that the area stays safe from any potential catastrophes.

“The cracks found in the VC Summer reactor pose a clear safety risk and must be immediately addressed,” Clements explains to the Aiken Leader. “While SCE&G will want to rush to get the reactor back on line and do a quick repair, the NRC must be deliberate in reviewing the causes of the cracking and how it is addressed.Operation of the reactor with a vessel head subject to cracking poses a safety hazard that both SCE&G and the NRC are responsible for.”

In an email to The State this week, company spokeswoman Rhonda O’Banion characterized the cracks as “minor defects” in the steel domes that sit atop the part of the facility where atomic reactions actually occur and that current efforts are “pre-emptive” to assure that are no issues down the road. Once the current round of repairs is complete, the company says the dome should be in satisfactory condition for the next 40 years.

According to a year-long investigation finalized by the Associated Press in 2012, the AP says they believe that the US Nuclear Regulatory Commission has regularly lessened restrictions in recent years. In their probe, they found that 82 of America’s operating reactors are more than a quarter-century old, with 66 units having been re-licensed for an additional two decades.