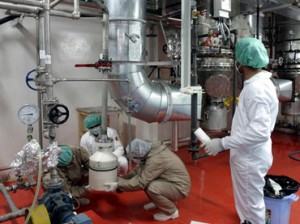 Despite heightened cyber security, Iranâ€™s Infrastructure and communications companies have been targeted by cyber attacks, disrupting the Internet across the country.

Confirming the attacks, Mehdi Akhavan Behabadi, secretary of the High Council of Cyberspace, has told the Iranian Labour News Agency that the attacks were organized.

“Yesterday we had a heavy attack against the country’s infrastructure and communications companies which has forced us to limit the Internetâ€¦”Presently we have constant cyber attacks in the country.

Yesterday an attack with a traffic of several gigabytes hit the Internet infrastructure, which caused an unwanted slowness in the country’s Internet,” he said.

“All of these attacks have been organized. And they have in mind the country’s nuclear, oil, and information networks.”

Iran tightened its cyber security since its uranium enrichment centrifuges were hit in 2010 by the Stuxnet computer worm, which Tehran believes was planted by arch-adversaries Israel or the United States.

Iran also maintains one of the world’s largest Internet filters, blocking access to tens of thousands of websites on the grounds that they are criminal or immoral, news agencies report.