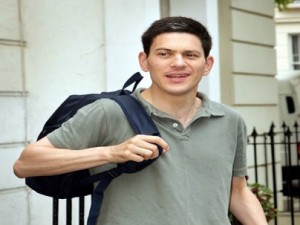 The British media said that his departure closes a rift at the top of the Labour Party but raises questions about its direction under his brother Ed Miliband.

Miliband, 47, is said to be leaving the UK to run the International Rescue Committee (IRC), a charity based in New York.

His move comes more than two years after he was narrowly beaten to the party leadership by his brother.

The Telegraph website said that as a backbencher he has been the subject of constant speculation about a potential return to front line politics, possibly replacing his brother.

David Miliband was regarded as the last major Blairite figure in active Labour politics. In recent weeks, it has been suggested he might make a return to the Labour front bench.

Last year Ed Miliband disclosed that tensions between him and his brother remained over their battle for the Labour leadership.

He claimed he had no regrets about challenging for the leadership despite the lasting consequences it had on his family, with the subsequent breakdown in their relationship being especially painful for their mother Marion.

Before becoming an MP, Mr Miliband, a father-of-two, worked with Tony Blair in Downing Street.

After the 2005 General Election, the Prime Minister promoted him to the Cabinet with responsibility for Communities and Local Government before becoming Environment Secretary in 2006.

In June 2007, the MP, who is married to American violinist Louise Shackelton, was appointed Foreign Secretary by former Prime Minister, Gordon Brown.

He spoken at events calling for an investigation in Sri Lanka into alleged war crimes.