The parents, uncle, aunt and brother of Asha, a 19-year-old woman killed along with her boyfriend Yogesh in 2010, were all condemned to hang by additional sessions court judge Ramesh Kumar. 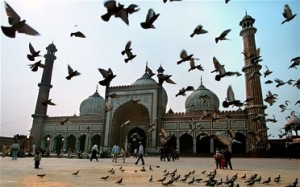 Yogesh, a taxi driver, wanted to marry Asha, the daughter of a vegetable vendor, but the girl’s family was against the alliance because the boy belonged to a lower caste.

India has seen an upsurge in such killings, which mainly involve young couples who marry outside their caste or against their relatives’ wishes and are murdered to protect what is seen as the family’s reputation and pride.

Autopsy reports revealed that the young couple had been tied with ropes, beaten with metal pipes and electrocuted, local media reports said.

“Medical examination had revealed that the two had died due to the thermoelectric shock from repeated electrocution,” said the Indian Express newspaper.

Public prosecutor P.K. Verma told AFP: “All the five persons were handed the death penalty because it was proved beyond doubt that they tortured and killed the young boy and girl just because they were in love and wanted to marry.

“The murders were brutal and deliberate,” Verma added.

The convicted family can appeal against the decision in a higher court.

Last year, India’s Supreme Court said the death penalty should be given to those found guilty of “honour” killings, calling the crime a barbaric “slur” on the nation.

It only allows the death penalty in what it calls the “rarest of rare” category.

Ravi Kant, a New Delhi lawyer who has been fighting to bring in a law which will provide specific, severe penalties to curb such killings, welcomed the punishment handed out today by the city court.

“Such a punishment will certainly have a huge impact on the society. It will serve as a strong deterrent to one and all. The sentencing is also in line with the Supreme Court directive and it must be lauded,” Kant told AFP.

There are no official figures on honour killings, though an independent study in 2010 suggested that as many as 900 were being committed every year in the northern states of Haryana, Punjab and Uttar Pradesh.

Many cases go unreported, with police and local politicians turning a blind eye to what some see as an acceptable form of traditional justice by families seeking to protect what they see as their honour.

Prisoners can often languish for years on death row in India, with only one execution having taken place in the last 15 years – that of a former security guard hanged in 2004 for the rape and murder of a 14-year-old girl. (The Telegraph).