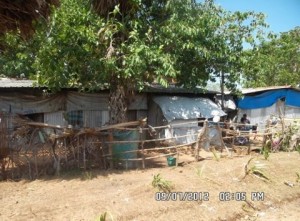 Landowners in Sampoor in Trincomalee have petitioned the Supreme Court challenging the acquisition of land for what is said to be a multi-billion-dollar investment project to establish a special zone for heavy industries. They allege that the Sri Lankan government has illegally acquired their land for the project.

The land acquired by Gazette Notification No. 1758/26 dated May 17, 2012, is to be developed as a Special Zone for Heavy Industries

TNA MP Mathiaparanan Sumanthiran said that the development project would prevent over 200 families from resettling in their original homes after being displaced by the war in 2006, the Colombo media reports.

The inhabitants of the Sampoor area were prevented from returning to their homes in 2006 as their lands fell within the Trincomalee Special Economic Zone which was published in the Gazette Notification No. 1467/03 dated 16th October 2006.

In 2007, despite hostilities in the region having ended, Gazette Extraordinary No. 1499/25 dated 30 May 2007 demarcated the area as a High Security Zone.

â€œThe land that this project is going to take place on belongs to these people. We respect that development must take place, but it must do so without displacing the inhabitants. We are asking the government to choose a new location; these people have been displaced for the last five years because of the war. They must be allowed to return,â€ Sumanthiran said.

Prabath Nanayakkara, Chairman of Sri Lanka Gateway Industries (SLGI) and head of the project, denied that the land which is to be developed was inhabited by anyone. â€œI am aware of the court case going on and our lawyers have requested that we be named as respondents so we can clear our names. The land is owned by the state and is leased by the Board of Investment (BOI); in turn we have leased the land from the BOI. These people who claim it is their land have produced false deeds before the court.â€

Sumanthiran rejected this accusation, saying that â€œthese are genuine deeds dating back over a 100 years.â€