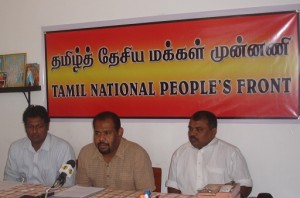 At that meting it was decided that a three member committee will  be appointed to formulate a draft proposal to address some of the Tamil concerns.

The committee was given two weeks to formulate the draft proposals on a basic solution to the Tamils.

The Tamil parties will meet again on June 8 in Vavuniya for further discussions on Tamil issues.