<![CDATA[ <div> Gypsies have long believed they have origins in India, citing common Sanskrit words in their languages and photographs of darker-skinned ancestors in South Asian clothes, while earlier research has offered some scientific support for their suspicions. 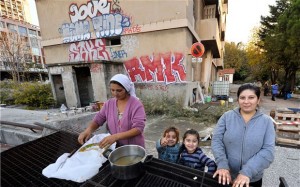 Now a study led by Indian and Estonian academics, including Dr Toomas Kivisild of Cambridge University, has confirmed their origins in the Indian sub-continent, and even identified the location and social background from which they emerged.
The findings have been welcomed by Britain’s Gypsy Council, which said it would help to promote understanding of Roma people throughout Europe. “We are Britain’s first Non-Resident Indian community,” said council spokesman Joseph Jones.
The study, which was published this month in the journal Nature, examined Y chromosomes in DNA samples to compare the genetic signatures of European Roma men with those of thousands of Indians from throughout the sub-continent.
Scientists from Hyderabad’s Centre for Cellular and Molecular Biology collaborated with colleagues in Estonia and Switzerland to compare more than 10,000 samples, including from members of 214 different Indian ethnic groups. They were analysed to match a South Asian Y chromosome type known as “haplogroup H1a1a-M82”, which passes down male bloodlines, with samples from Roma men in Europe.
While there were matches with samples from men throughout the Indian sub-continent, the closest match and the least genetic variation occurred with those from north-west India. When the researchers overlaid the closest matches onto a genetic map of India, the highest density was in areas dominated by India’s “doma”, “scheduled tribes and castes” â€“ the low caste dalits or untouchables who suffer widespread and generational discrimination and usually do society’s dirtiest jobs. The researchers believe the descendants of today’s Roma gypsies in Europe began their westward exodus first to fight in wars in what is today Punjab between 1001 and 1026 on the promise of a promotion in caste status. Later, they left to flee the fall of Hindu kingdoms in what is today Pakistan, with many setting off from near Gilgit. The exodus to North Africa and Europe suggested they may have been early refugees from the spread of Islam into the Indian sub-continent. Dr Kivisild said the study had provided “evidence for the further interpretation of history of what kind of processes were triggerimg these movements”. Gypsy groups in Britain trace their own roots back first to Egypt â€“ where they believe the name “gypsy” comes from â€“ and beyond that to India. Joseph Jones of the Gypsy Council said early photographs show British gypsies with Indian facial features and styles of dress until 100 years ago. He said the new study was helpful because it had scientifically confirmed the Indian origin of Britain and Europe’s Roma community and that their common heritage should be accepted now by newer Indian communities in Britain. “We’re not outcasts here. I don’t care if we are associated with dalits â€“ I don’t live in a community where caste exists. I do feel a bit Indian, I’ve always felt an affinity with Indians,” he said. Gypsies were first noticed in Britain in around 1500 and acquired a reputation as itinerant craftsmen, traders and horse dealers. (The Telegraph)
]]>