Austria is about to get an attraction unlike any other European country can boast. An Austrian entrepreneur is about to invest US$19 million in what is due to become Europeâ€™s biggest brothel. 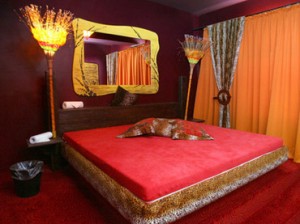 The location of the new mega-brothel is so far a secret, the Daily Telegraph reports. It will be named the FunMotel and will be capable of hosting up to 1,000 clients a day, with around 150 sex workers at service.

“We’ve deliberately spread false information about the location to avoid trouble before we had the authorization to go ahead,” businessman behind the project Peter Laskaris told the Austrian Der Standard newspaper. “But it will be situated in a location that doesn’t disturb anyone.”

The opening is scheduled for 2014, but before that Laskaris, who already runs a similar venture in Vienna, will have to ensure everything goes according to plan. He promises that his FunMotel will take the paid sex industry one cut above, from “grocer to supermarket.”

Prostitution is legal in Austria, so there should be no trouble with the authorities. (RT News).