<![CDATA[ farmer’s wife has become unconscious after smelling a piece of meteorite that had fallen to a paddy field at Kudawewa in Dimbulagala on December 29, Colombo media reports. <a href="http://www.eelamenews.com/?attachment_id=107867" rel="attachment wp-att-107867"> 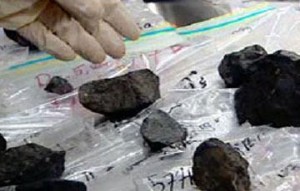 The farmer’s hands have been burnt by the meteorite. The meteorite piece has been handed over to the Peradeniya University for tests. Police in Aralaganwila are raising awareness among the people against touching unknown objects fallen from the skies.]]>