The former U.S Ambassador to Sri Lanka and Maldives John H. Reed passed away in Washington, DC on October 31 at the age of 91, the U.S Embassy in Colombo said yesterday. 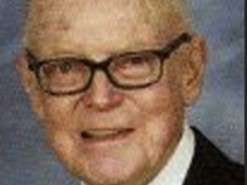 Reed was U.S. Ambassador to Sri Lanka and the Maldives in 1976-77 and again from 1981 to 1985, serving first under President Gerald R. Ford and later under President Ronald Reagan.

He was born in Maine and served as a naval officer in World War II.Â  In addition to his time as Ambassador, Reed served as Governor of Maine from 1959 to 1966 after beginning his political career in the Maine Legislature.