Four active Tamil Canadians in their respective communities have been adorned with The Commemorative Medal for Her Majesty Queen Elizabeth IIâ€™s Diamond Jubilee. The medal was created to mark the 60th anniversary of Her Majestyâ€™s accession to the Throne on February, 1952 and it is awarded to those persons who have made a significant contribution to Canada, to their community or to their fellow Canadians 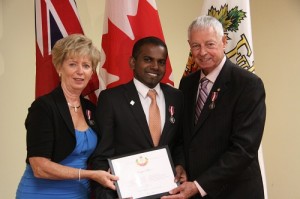 Piragal Thiru, a 2011 Diversity Fellow and active member of the community was the latest recipient of the prestigious medal. Mr. Thiru was nominated by Hon. Judy Sgro, Member of Parliament as well as Mario Sergio, Member of Provincial Parliament for York West for his active participation in several initiatives including his volunteer work in the Jane Finch neighborhood, United Way of York Region, co-founding the Aboriginal Professionals Network of Canada as well as his work in the Tamil community through Canadian Tamil Congress. â€œI share this honour with every individual who helps to make a difference in their own communities, cities, province and this great nation we call home through a simple and selfless actâ€ said Mr. Thiru. 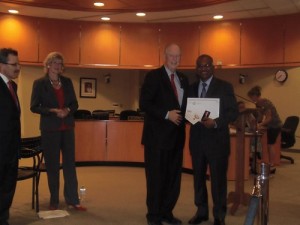 Nominated by Joe Dickson, Member of Parliament for Ajax-Pickering, Dinesh Kumar was also the proud recipient of the medal for his contribution to the community of Ajax, benefiting all Canadians. Mr. Kumarâ€™s notable contributions include taking leadership in mobilizing the community to answer the cries for help during the Boxing Day Tsunami as well as continued promotion of positive and productive integration of Tamil Canadians through his work with Durham Tamils Association as well as other local charitable initiatives. 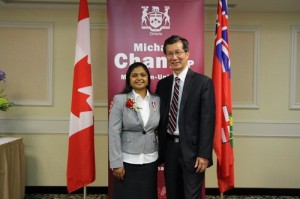 Hon. Michael Chan, Minister of Tourism, Culture and Sport nominated and presented the medal to Juanita Nathan for her contribution to the well being of residents in the Markham and Scarborough area. Ms. Nathan spares her time with various organizations in the social services sector including Canadian Mental Health Association – York Region, Family Services of York Region, and initiates venues for increased parent engagement with schools.Â  Ms. Nathan is also the first elected Tamil women to a political office in Canada. She currently serves as the Public School Board trustee for York Region District School Board and Vice President of Canadian Tamil Congress. 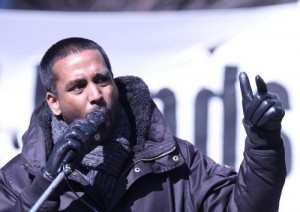 Earlier in July, Krisna Saravanmuttu received the medal for his outstanding involvement in the student movement including York Federation of Students and Canadian Federation of Students. Through his activism, Mr. Saravanmuttu has played a pivotal role in raising awareness around the Tamilâ€™s rights and humanitarian plight to the mainstream through pressing the need for an independent international investigation into the alleged war crimes of the Government of Sri Lanka and a referendum among the Eelam Tamils on the basis of historical, earned and remedial aspects of Tamil sovereignty.

The four Tamil Canadians, nominated by different Members for their unique contributions share the pride with almost 2,000 other Ontarians who have been honored with the Medal. (TC)