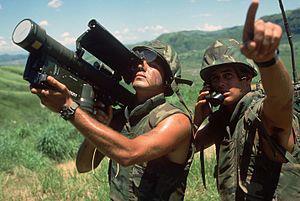 France signalled it would be willing to participate in the enforcement of a   limited no-fly zone and suggested for the first time that such an operation   could be mounted without reference to the UN Security Council, where Russia   and China wield a veto.

The United States and Turkey have already discussed the possibility of a   no-fly zone, although Hillary Clinton, the US secretary of state, has said   that “greater in-depth analysis” would be needed before such an operation   could be mounted.
However Jean-Yves Le Drian, the French defence minister, yesterday called for   the establishment of an “international coalition” to implement a no-fly zone   – a choice of wording that suggests action outside the United Nations is   being considered for the first time.
Mr Le Drian explicitly ruled out a no-fly zone over the whole of the country, saying such a step would be tantamount to “going to war” with Syria.
Instead, a coalition involving Western states, Turkey and some Arab powers   could close Syrian airspace between Aleppo and the Turkish border. “The scenario mentioned by Hillary Clinton of a particular zone where there   could be a banned area is something that needs to be studied,” Mr Le Drian   told France 24 television. With international observers withdrawing this week after the collapse of a   UN-backed peace initiative, Western powers are coming under mounting   pressure to take action amid scenes of unprecedented bloodletting in Syria’s   biggest cities. More than 200 civilians and combatants are being killed every day according to   opposition groups, while an unprecedented increase in the number of   extra-judicial executions has spread terror among the civilian population in   the capital. In scenes reminiscent of Iraq at its most violent, grisly footage filmed this   week in the Damascus district of Qaboun showed dozens of bloodied corpses   with their throats slit. The soaring death toll has sharply escalated the civilian exodus from Syria,   with more than 30,000 people fleeing the country in the past week alone. The UN said that more than 200,000 refugees have now crossed into neighbouring   states since the uprising began, exceeding its projection of 185,000 by the   end of the year. (The Telegraph)
]]>