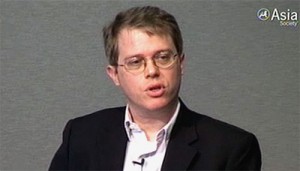 Calls for investigation on what has happened and is happening now in Sri Lanka from genocide angle need to be looked into, said ICGâ€™s Sri Lanka Project Director, Dr Alan Keenan, in an interview to TamilNet on Friday. â€œIf you want to call it an investigation, it needs to be looked into. I am fully supportive of it being looked into,â€ he said 3 years after the war and the Dublin Tribunal calling for such an investigation in Jan 2010. The ICG had earlier targeted the diaspora for the genocide argument that it aims achieving Tamil Eelam. To questions on ICG negating independence to Tamils, while supporting it for others, he said that independence [even] as an ultimate goal is unwise to the current context of Tamils, while â€œbalance of meritsâ€ favours it in other contexts. When pressed to explain the contextual difference, he hinted at the chance of further violence coming from the Sinhalese.

Alan Keenan was interviewed in London, when he came for the launch of the book, â€œStill Counting the Deadâ€ by Frances Harrison, on Friday.

He was one of the three panel discussants at the book launch, along with Norwayâ€™s Erik Solheim, the failed peace facilitator and Yasmin Sooka, member of the UNSG panel that brought out a report on the war in the island.

A striking development in the stand of Keenan, noticeable in the interview, was his repeated stress on including â€œwhat is happening nowâ€ in Sri Lanka for the genocide investigation.

Alan Keenan’s interview brought out in full, is followed by observations on the interview by TamilNet political commentator in Colombo, added separately after the interview transcription.

Full transcription of the interview of Alan Keenan by TamilNet:

TamilNet: You had said that the argument of genocide is being put forth by sections of the diaspora with the political objective of achieving a separate state of Tamil Eelam.

Dr Keenan: I meant, for some people that is one of the reasons that the argument appeals. It doesnâ€™t mean that this is the only reason and it doesnâ€™t mean that there isnâ€™t a case to be made that genocide has happened or is under way. I think that is a possibility, it needs to be explored by people who put together the facts and compare it to the legal issues involved and make some kind of chronological assessment.

TamilNet: So you agree that an investigation needs to happen to show whether it was genocide or not?

Keenan: An investigation. I think it would be a useful issue to look into in a serious way with legal scholars and people who are well informed of the facts of what has happened in Sri Lanka and is happening now. If you want to call it an investigation… it needs to be looked into. I am fully supportive of it being looked into.

TamilNet: The Permanent Peopleâ€™s Tribunal report in 2010 said that charges of genocide need to be investigated. Isnâ€™t that good enough?

Keenan: What do you mean by isnâ€™t that good enough?

TamilNet: Isnâ€™t it good enough as a point of reference that charges that genocide happened to the Tamils need to be investigated by an independent commission?

Keenan: I would think that would there ever to be, as I hope there will be, an independent investigation into the incidents leading up to the end of the war, and preferably also post-war, the question of genocide should be included among those issues.

TamilNet: About the political aspect of the entire question. There is a problem that whatever happened to the Tamils is being reduced to an issue of letâ€™s say, just war crimes or humanitarian concerns, while obfuscating the larger political demands that the struggle of the Tamils put across. ICG, for instance, does not recognize the right of the Tamil people to have a sovereign state of their own. But you have recognized the right to form sovereign nation-states in some other conflicts. Why this difference and is there some other standard by which you are measuring this conflict?

Keenan: I donâ€™t think that the Crisis Group has ever rejected the right of the Tamil people to rule themselves in a sovereign fashion. I think what we have argued, in the current political context, that the demand for separation is not a wise one. Having that as the agenda, as the ultimate goal, for the rights of Tamils, as the ultimate expression of how Tamil rights, collective rights and individual rights should be protected, is not a wise one in the current context. That is all we have said as far as I understand. What I believe we have said in other contexts, which are not ones that I have worked on, I donâ€™t write reports about other parts of the world, is that in those contexts, given the balance of political forces internationally and internally, the risks and benefits of declaring an independent state in a given situation. In some of those other situations, on the balance of merits, it was the right thing to do. In Sri Lanka, our judgment is thatâ€™s not right way to go. But it is always a contextual judgement. And it doesnâ€™t deny that there is a certain right of self-determination to find in a particular way. That there is an argument to be made for that and it is quite a strong argument.

Keenan: This is always a difficult judgement to make. I am not Tamil. I donâ€™t live in Sri Lanka. But from an as dispassionate and as compassionate perspective as I can come to, the costs of pursuing a separate state to the Tamil people, given the lack of international support and given the virulent opposition that it would provoke among the Sinhalese, it would not be a wise thing. The costs, in terms of death, physical destruction, to the Tamil people themselves is not worth it especially given that the chances of succeeding are very small. Thatâ€™s what I mean â€˜itâ€™s contextualâ€™. If it was a different political context, if there was a larger percentage of the Sinhala population which was potentially amenable or open to that, if they were more sympathetic, if the political dynamics among Sinhala dominated parties was more open, then that might well be something that could be pursued. But in the current context, it is a recipe for further violence and further conflagration that will just add up more dead bodies to the already enormous pile of dead bodies that Sri Lanka, particularly Tamils have suffered the last 30-40 years.

TamilNet: Do you think Tamils are entitled to Remedial Sovereignty?

Keenan: Remedial Sovereignty? I donâ€™t know what that means.

TamilNet: This is a concept which is gaining ground in international jurisprudence that any nation or a group of people facing systemic persecution under a current political system have a right to exercise self-determination and sovereignty in order to protect their community from extinction in whole or in part. Do you think Tamils are entitled to this?

Keenan: Iâ€™ll have to think more about the question. I am not going to give you an off-the-cuff answer. I am sorry.