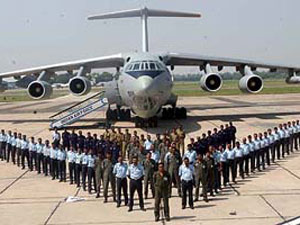 Notwithstanding pressure from Tamil political parties, government has no immediate plan to stop training Sri Lankan military personnel in India but joint exercises are expected to be put on hold for the time-being. Training of Sri Lankan defence personnel at different training establishments will continue as there is no plan to end the military cooperation programme with Sri Lanka, sources told PTI in India. More than 450 personnel from Sri Lankan armed forces are undergoing training at the defence ministry establishments in India including in Bangalore, Kannur and Belgaum. However, a number of joint exercises between the two sides are likely to be put on hold for the time being, they said. Tamil Nadu’s political parties, including Chief Minister J Jayalalithaa and DMK chief M Karunanidhi have been demanding that the training programme be scrapped immediately. Recently, the Tamil Nadu Chief minister had shot off a letter to the Prime Minister demanding expulsion of two Sri Lankan armed forces officers training at the Defence Services Staff College (DSSC) at Wellington there. In July, nine Sri Lankan defence personnel were shifted from a training institution in Tambaram in Tamil Nadu to Bangalore after opposition from political parties in the state. CPI is also staging a day-long fast in Chennai protesting India imparting training to Sri Lankan defence personnel and demanding that New Delhi should re-negotiate on such exercises with Colombo.]]>