India has donated some 10,000 bicycles in Sri Lankaâ€™s war-torn north under an assistance programme to help in the rehabilitation of those displaced during nearly three-decade long conflict. 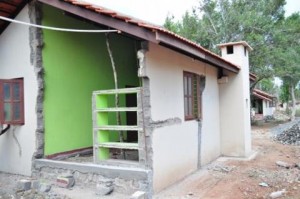 The project was conceived with the objective to cater to the transportation needs of persons being resettled and to aid revival of their livelihoods, Indian High Commission said here on Thursday.

The total cost of the project is about 67 million Sri Lankan rupees.

India has also announced the progress in the second phase of the Indian housing project for the construction of 43,000 housing units in the northern and eastern provinces.

Over 8,700 beneficiaries have been identified jointly by India and Sri Lanka.

Under a rigorous selection process worst affected villages in the five districts of the north have been identified.

All persons in these villages, who do not own any other house, are to be given houses.