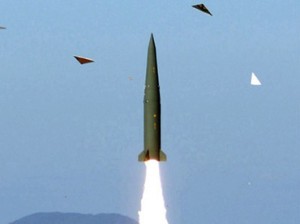 India on Wednesday carried out a successful test of its nuclear-capable surface-to-surface Agni-I missile from a military base in Odisha, an official said. The intermediate-range ballistic missile, which can strike a target 700 kilometres away, was tested from a facility on Wheeler Island near Dhamra in Bhadrak district, 170 kilometres from Bhubaneshwar. The test was carried out by the Strategic Forces Command of the Indian armed forces as part of a training exercise to ensure preparedness, director of the Integrated Test Range, MVKV Prasad, told IANS. “The mission was successful,” he said. Meanwhile, North Korea launched a multistage rocket Wednesday that appeared to travel the entire distance of a projected course and put an object into orbit, making it the most successful of the country’s five attempts at testing long-range missile technology. The rocket took off shortly before 10 a.m. local time, flew south over the Yellow Sea, East China Sea and the Philippines, according to Japanese military authorities who tracked it closely because of the potential threat it posed to its Okinawa prefecture. North Korea issued a brief statement saying the rocket successfully launched a satellite into space. Other countries saw the launch as a cover for a test of long-range missile technology. The U.S. military confirmed the trajectory of what it called a missile and said, “Initial indications are that the missile deployed an object that appeared to achieve orbit.” A senior U.S. official also said late Tuesday that the North Korean missile appeared to successfully launch what could be a satellite into orbit. ]]>