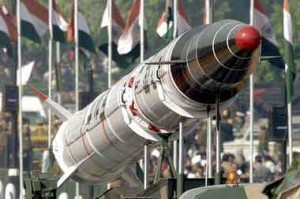 India, it was reported stationed long range Agni type Missile system targeting Sri Lankaâ€™s strategic institutions. Among these strategic institutions are, Colombo and Hambanthota Ports, Katunayaka, Ratmalana and Mattala Air Ports, Military Headquarters, Putlam Coal plant and Kerawalapitiya-Kelanithissa oil fired Power Plants etc. Indian Defense Authorities launched an Integrated Guided Missile Program (IGMOP) for the Research and Development of comprehensive range of missiles, which is managed by the Defense Research and Development Organization (DRDO). They have now developed Nuke capable Agni I â€“ VI (capable of carrying 1000-2000kg war heads within a range of 1000 â€“ 8000km) which can target any military or any other installation in South Asia including Sri Lanka. India and the US joined in secret to cut off Chinaâ€™s supply route from Iran-Pakistan-Sri Lanka â€“Bangladesh and Myanmar. It is reported that India is also in the process of developing a Ballistic Missile Defense (BMD) system as an initiative to develop and deploy a multi layers system to protect India from possible ballistic missile attacks from Pakistan and China. Recently, India charged Sri Lanka for secretly soliciting technical support from Pakistan to develop Nuclear Energy and possible enrichment of Uranium so that Sri Lanka could develop medium range missiles with Nuke war heads. This sensitive defense related information was revealed when the Indian Intelligence Agencyâ€™s Research and Analysing Wing (RAW) sacked its high ranking officer, Amreet Ahluwalia from his posting (Beijing Chief) in China. Ahluwalia was charged for compromising sensitive defense information relating to India-China-Pakistan and perhaps Sri Lanka. Ahluwalia, a joint secretary level officer, was suspected for â€˜Operational Improprietyâ€™ and has been summarily dismissed. Earlier, in 2004, the same charges were brought against Rabinder Singh who had defected to the US with stock files of information regarding Indiaâ€™s missiles and nuclear capabilities. In 2008, the then RAW head, Ashok Chaturvedi charged JS level officer Ravi Nair posted in Sri Lanka for cultivating intimate connections with a Thai-Chinese girl who was said to be a Chinese Spy. This connection had begun when Ravi Nair was posted in Hong Kong and was uncovered when his legal wife complained to the RAW about his liaison with this Thai-Chinese woman. A few weeks ago, the Indian HC in Sri Lanka was rocked by the sexual scandal involving its 1st secretary, Anurag Srirvastara and the Editor of the Daily Mirror, Champika Liyanaarachchi. The Editor of the DM published a few news articles against India as a smoke screen after their clandestine relationship was exposed,. She still continues her secret liaison with various agencies which are anti Sri Lanka. India, this time used the Tamil Card to get more economic benefits from Sri Lanka while opposing every move of the Chinese Investors. The most recent being the Exclusive Free Trade Zone in Trinco for the Indians and the Catic deal in Colombo. (LNW).]]>