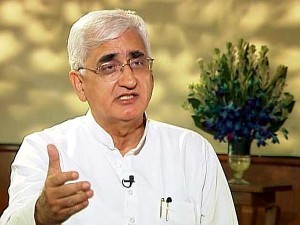 India on Friday told Sri Lanka categorically not to dilute a key constitutional provision that promises autonomy to the Tamil minority, the IANS new service reported.

Basil Rajapaksa, a brother of President Mahinda Rajapaksa, arrived in New Delhi on Thursday on a short visit to India to interact with Indian leaders as well as officials on issues of bilateral interest.

According to official sources, Khurshid welcomed Sri Lankaâ€™s decision to hold elections to the northern province, where for years the Tamil Tigers held sway.

The Indian minister emphasized the need â€œto fully implement the provisions of 13th amendment and to go beyond it so as to ensure meaningful development of Sri Lanka.

â€œHe urged Rajapaksa not to do anything to dilute the provisions of the 13th amendment.â€

The India-backed 13th amendment to the Sri Lankan constitution was carried out to ensure autonomy to the countryâ€™s provinces, and thus allow the minorities to enjoy autonomous rule in the northern and eastern provinces.

Indian Prime Minister Manmohan Singh recently told a group of Tamil leaders from Sri Lanka that he was dismayed by reports that Colombo plans to go back on its earlier promise to stick to the 13th amendment.

According to the sources, Rajapaksa expressed his appreciation for the vast number of projects being undertaken by India in Sri Lankaâ€™s north and east following the end of the separatist conflict.

Rajapaksa said there was â€œgreat appreciationâ€ in Sri Lanka for the projects undertaken by India, especially related to building of houses for those displaced by years of conflict.