<![CDATA[In what could further provoke Tamil Nadu chief minister J Jayalalithaa and other political leaders in the state, a senior army officer has admitted that the Indian army has an â€œongoing training programmeâ€ with Sri Lankan forces. <a href="http://www.eelamenews.com/?attachment_id=103107" rel="attachment wp-att-103107"> 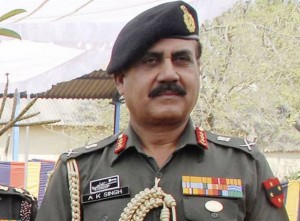 Deccan Chronicle quoted Lt Gen AK Singh, general officer commanding in chief, southern command, as saying: â€œwith the Sri Lankan Army, we have an ongoing training programme. It is very diverse. I think the Sri Lankan Army acknowledges that their expertise in various fields is largely the result of the very fine training that has been imparted to them by the Indian Army and other wings such as the Air Force and the Navy.â€ The officerâ€™s admission is not only on mere training, but its qualitative aspects. That the â€œvery fineâ€ Indian training was largely responsible for the Sri Lankan armyâ€™s â€œexpertise in various fieldsâ€ will most likely enrage the political parties in the state. Training of Sri Lankan military personnel in India, particularly in Tamil Nadu, has been a contentious issue with Jayalalithaa and leaders of various political parties asking the union government to stop the practice. Matters reached a head recently when Tamil Nadu learned that Sri Lankan officers were being trained in Tamil Nadu itself. On her demand, nine officers who had been training at the air force station in Tambaram near Chennai, were moved out of the state. However Jaya came to know later that two officers were still under training in Wellington near Ooty. To her demand to send them back, a union minister for state for defence Pallam Raju responded saying that Sri Lanka was a friendly neighbour and India would continue the training. The response evoked widespread condemnation that ended in the denial of permission for some Sri Lankan school children to play a football match in the city as well as attacks by some political outfits on Sri Lankan pilgrims in the state. (First Post)]]>