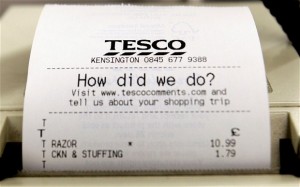 The government has faced stiff opposition over the plans, including from key allies who believe Western supermarkets could drive millions of small corner shops out of business and see 50 million staff lose their jobs.

Ministers want chains like Tesco, Walmart and Carrefour to modernise India’s backward agriculture and food distribution system which leaves 40 per cent of all produce to rot in slow trucks and overheated warehouses.
The system is dominated by several layers of middlemen who drive down the prices received by farmers and push up those paid by poor customers.
The plans to allow foreign store chains to take majority stakes in Indian joint ventures was first announced last year but were quickly suspended when several members of the Congress-led United Progressive Alliance coalition threatened to resign.
The Trinamool Congress, which governs West Bengal and was a key coalition partner, pulled out of the coalition this year after the government decided to press ahead.
The move was part of a series of decisions aimed at reassuring international markets that the Indian government remains committed to foreign investment and determined to create more jobs. Its determination to allow in foreign supermarkets had threatened to halt business in India’s Lok Sabha lower house until the increasingly bitter dispute was brought to head by a no-confidence motion by the main opposition Bharatiya Janata Party. Its leaders claimed other foreign companies in India, like McDonalds and Pepsi had established local monopolies and stocked their stores with imported food rather than increased the produce bought from Indian farmers. A claim that McDonalds imported potatoes for its fries because Indian varieties were too small was contradicted by a statement by the burger giant. The government’s survival was guaranteed by the walk-out of two parties which support the coalition but actually oppose the entry of foreign supermarkets. The Bahujan Samaj Party, led by Uttar Pradesh’s controversial former chief minister, and the socialist Samajwadi Party, which currently governs in the state, walked out in protest, but their abstentions gave the government an automatic majority. (The Telegraph).
]]>