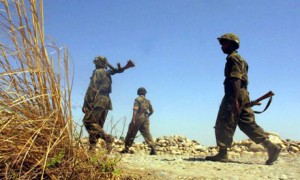 The Supreme Court on Monday issued notices to the President, Ministry of External Affairs, Cabinet Secretary, Chief Secretary of Tamil Nadu and the Collector of Ramanathapuram district on a petition filed by DMK chief M Karunanidhi, seeking directions to the government to retrieve Katchatheevu island and declare the 1974 agreement of ceding it to Sri Lanka as null and void.

Karunanidhi, in his petition sought a writ of declaration to declare the agreement that was reached between India and Sri Lanka in June 1974 and the agreement dated March 23, 1976 as unconstitutional, void and non-est in law.

He also sought a direction to direct the Centre to retrieve the island from Sri Lanka.

The petitioner sought issuance of a writ of mandamus directing the Union of India to take action to restore the pre-existing historic rights of the fishermen of Tamil Nadu to fish in the waters surrounding the island of Kachatheevu, to take rest, to dry their nets and to worship in the Saint Antonyâ€™s Church in the island.

Permission to participate in the festival conducted in the church was also sought in the petition. (New Indian Express)