<![CDATA[ <div> The girl was forced to remove her clothes by a female teacher at a school in north-west Delhi after being accused of stealing money and a mobile phone from a classmate. She returned home after school and jumped off the balcony of her four-storey block of flats. Her relatives said she had been distraught by her public humiliation. 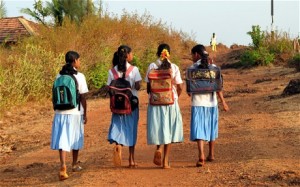 Her case emerged amid a series of reports of brutal attacks on children by teachers throughout India. A four year old boy was forced to drink his own urine by his nursery teacher in Andhra Pradesh to punish him for wetting himself. A five year old boy in the same state was beaten up by a grammar school principal, while a seven year old Dalit girl was thrashed by her mathematics teacher for failing to solve a problem. A teacher was arrested in Madhya Pradesh for partially scalping an eight year old girl .
Colin Gonsolves, director of India’s Human Rights Law Network, said while corporal punishment in schools is illegal it remains widespread.
“In practice we are still beating our children in our schools It doesn’t just include beating the child, we have witnessed cases of sexual abuse, mental harassment and long term psychological traumas in many children. As far as the schooling system is concerned we are still living in dark ages and acting as an uncivilised and backward society,” he said.
The problem continues, he said, because many parents and police officers do not consider it wrong for a teacher to beat a child. “they think its been done for the betterment of the child.” he said. “We need to launch massive campaigns in schools to educate children about their rights,” he added. (The Telegraph)
]]>